Blog - Latest News
You are here: Home1 / Out of Print the Movie2 / Iraq: Saving History 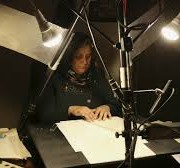 The National Library of Iraq in Baghdad is digitizing it’s collection, including many documents from the Ottoman period. According to an article in Lebanon’s The Daily Star (August 5, 2015), the project has taken on urgency because of the threat to the holdings by the current insurgency, which has already resulted in the destruction of books and manuscripts in Mosul. Thousands of documents from the National Library were lost following the US-led invasion in 2003.

Want to join the discussion?
Feel free to contribute!